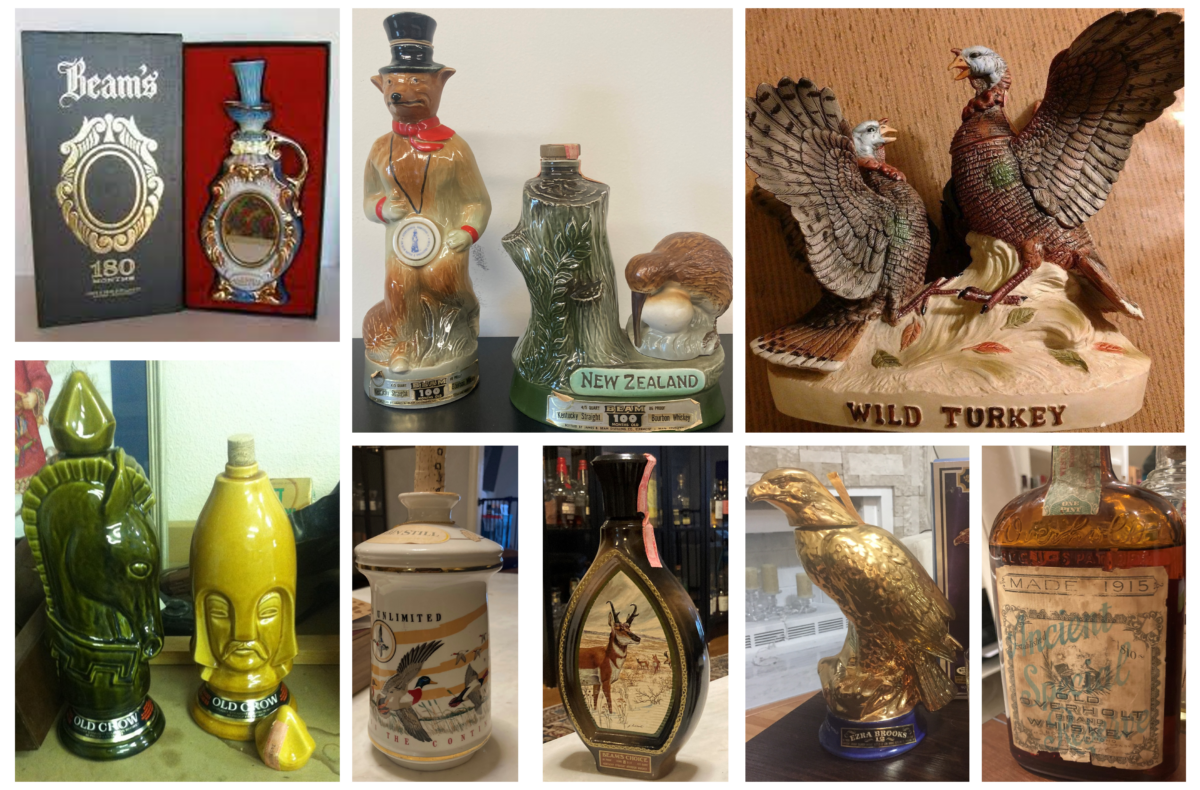 This is a guest post written by a local bourbon enthusiast friend Kevin Wyss. It also draws on some earlier research done by Mike Jasinski.

(If you’re just here for the results and not a history and science lesson, scroll to the bottom)

The allure of “dusty” bourbon is seemingly universal in the current whiskey landscape, and while there’s no definition for what makes a true “dusty” bottle, many would argue that to qualify, the bottle must be at least 25 years old. Indeed this liquid from another century is held in such high regard that bottles which retailed for $10 in 1990 can now fetch well above $500 on the internet in backwater Facebook groups. Many purveyors of dusty bourbons argue that the flavors in these bottles simply cannot be matched by bourbon currently on the market, hence the hype and demand surrounding these bottles.

The history
In many cases, current production methods of bourbons have drastically changed in the new century. For example, a massive bourbon-fueled fire at the Heaven Hill distillery destroyed their entire production facility in 1996, sparking the transition to a more automated and modern distillation and barreling system. Now bottles of Pre-Fire Heaven Hill bourbon can fetch obscene amounts on the secondary black market. Whether this hype surrounding old Wild Turkey, Heaven Hill, Old Grand-Dad, Old Forester, Old Crow, Stitzel-Weller or Jim Beam dusties are worth the chase and cost is a discussion for a more experienced bourbon drinker, and not the topic of today’s article.

One of the cheapest and most common current forms of dusty bourbon is ceramic or porcelain decanters. These decanters were produced regularly starting sometime around the 70s, when the “bourbon glut” was just beginning. The “bourbon glut” resulted from a shift in Americans taste towards vodka, resulting in a drop in bourbon sales. Producers, which require 4-12 years to make their product, predicted that the drop in consumption would be temporary, and did not decrease production. Thus, a few years later, producers were sitting on thousands of gallons of well aged stock, with no demand for it. In a marketing ploy, many producers started releasing their bourbon not in standard glass bottles, but collectible and limited edition ceramic decanters. These decanters ranged from serious to downright goofy, taking the form of college mascots, animals, cars, guns, couch sized chess sets, spark plugs, wizards, clowns, states, and truly anything you can imagine. Importantly however, the bourbon inside these decanters were generally well aged stock, provided at rock bottom costs.

To circumvent these shortcomings, I decided it would be best to use a machine called an ICP-MS: an inductively coupled plasma mass spectrometer. These machines, used by the EPA and FDA to study the content of heavy metals in water, food, food containers, and soil, are incredibly sensitive – able to detect less than 1 ppb of lead (or 0.0000001%) in water. Basically an ICP-MS works by injecting the liquid sample into a super-hot flame (17,500 °F). This basically strips everything down the bare atoms (ions) present in the sample. The different atoms (ions) such as lead, are then sorted by weight and measured with very high precision. One slight complication here is that the tannins, ethanol, and other organic compounds which make bourbon taste so good, will make soot upon injection, which can complicate the readings. So, to overcome this, I added an acid and peroxide digestion to break those compounds down. Then, I could centrifuge the samples to remove the tannins and flavor molecules that had settled out after digestion – with all the lead remaining in the solution. I then removed the ethanol using rotary evaporation, so all I was left with is a solution of acid and water, with all the lead still dissolved in the samples. I used an internal standard during the test to make sure that the testing of the samples was consistent and reproducible. To figure out the unknown concentration of lead in the samples, it was compared to a calibration curve – where you make solutions of a known lead concentration and extrapolate those results to the bourbon samples. The results of the bourbon samples will only be as accurate as the calibration curve is – the calibration curve I made had an accuracy of 0.996, so I stand by the results.

So, using the ICP-MS I have access to, I ran some samples of dusty decanter bourbon to screen for lead content. Many, many thanks my fellow bourbon friends for providing the dusty samples – I know how valuable and sentimental they are to be simply given away for free.

The average pour of the 33 dusty decanters tested contains 4.9 μg of lead. However, the deviation from decanter to decanter is huge – ranging from 41.3 μg/pour to 0.3 μg/pour.

Modern Wild Turkey Rare Breed from a glass bottle was used as a control – showing a lead content of 0.03 μg/pour. Some notes on two of the samples: the Old Overholt 1915 was a glass bottle, not a decanter. This was included to see if significant amounts of lead were in distillers pipes, solder, stills, or tanks, which might carry over to the final product. The Ezra Brooks 1971 sample is not the original juice: I got that decanter as a gift, empty and have turned it in to an infinity bottle. I’m not sure how fast the leaching of lead happens, or how much lead was in the original bourbon, but from a sample size of 1, it seems like using old ceramic decanters as an infinity bottle may be a safe practice.

Here is a plot showing the lead content versus the year of the sample. Keep in mind that US lead laws changed a lot in the 20th century – lead solder for pipes was used well into the 1970’s, lead paint was outlawed in 1978. Lead in cookware and ceramics was a problem well into the 1980’s.

The biggest outliers with the most lead, all came before 1974, but besides that I was really surprised to see that there wasn’t a strong correlation between the year the decanter was produced with lead content. Large differences between decanters produced in the same year and by the same company was also interesting to me, but may result from storage conditions or differences in the decanter production process. I was intrigued to see the massive difference in lead content between a glass bottle of modern bourbon (containing barely more lead than bottled water) and the 1915 glass bottle of Old Overholt BIB. Despite the bottled-in-bond distinction and lauded history of the distillery, significant amounts of lead were present in the whiskey. This speaks to the lack of laws and checks in place in the early 20th century regarding lead, which I find interesting historically.

My main take home message here is that if consumed in small amounts, all decanters I tested are safe. Drinking 1 gallon of Houston tap water, you ingest ~15 μg of lead. A 50 mL pour from a decanter I tested will give you 0.3-41.3 μg of lead, at an average of 4.9 μg of lead. The CDC says to safely stay below 250 μg of lead ingested per day. Typical developed countries usually ingest less than 50 μg/day. So even drinking a pour of the highest lead containing decanters isn’t going to get you close to CDC daily limits, assuming you have a normal diet and life. Lead is purged from the body with a half-life of about 3 weeks. So, if someone did multiple decanter pours per day, every day for two weeks, you might encounter some issues. But even that I’d say is unlikely – so hunt on and enjoy those dusty decanters.